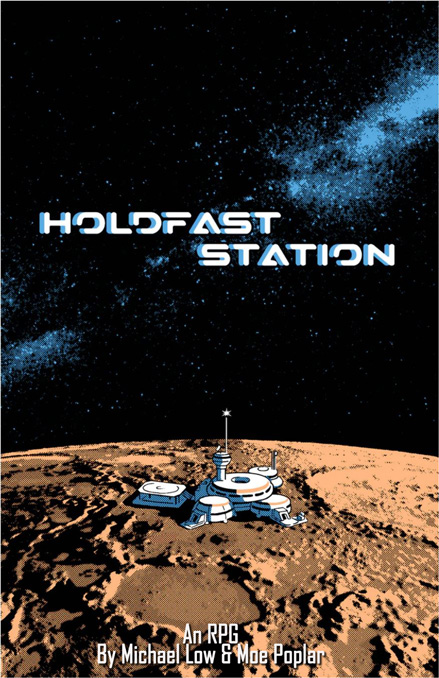 “We’re all going to make it off this rock someday – until then, we’re all in this together.”

Holdfast Station is a role-playing game in which you play characters in a grim, blue-collar community working and surviving on an asteroid mine in the far reaches of space. Play alternates between Events – moments of high drama, calamity and risk – and Cycles, when the community rebuilds and fortifies against future peril.

Holdfast Station is deep-story game set on an asteroid mine in the far reaches of space.  Astroid miners try to make it through the workday, but events call even everyday people to support their community.

Published by Lampblack & Brimstone Games, Holdfast Station is based on the innovative PbtA-based system that’s quick to set-up and play, with alternatively descriptive Tags and world building questions making session zero quick and set’s the tone of the game. Getting in is easy; getting out isn’t.

Play as a one-shot to save the day, or as a campaign to see your Holdfast thrive, survive or die.